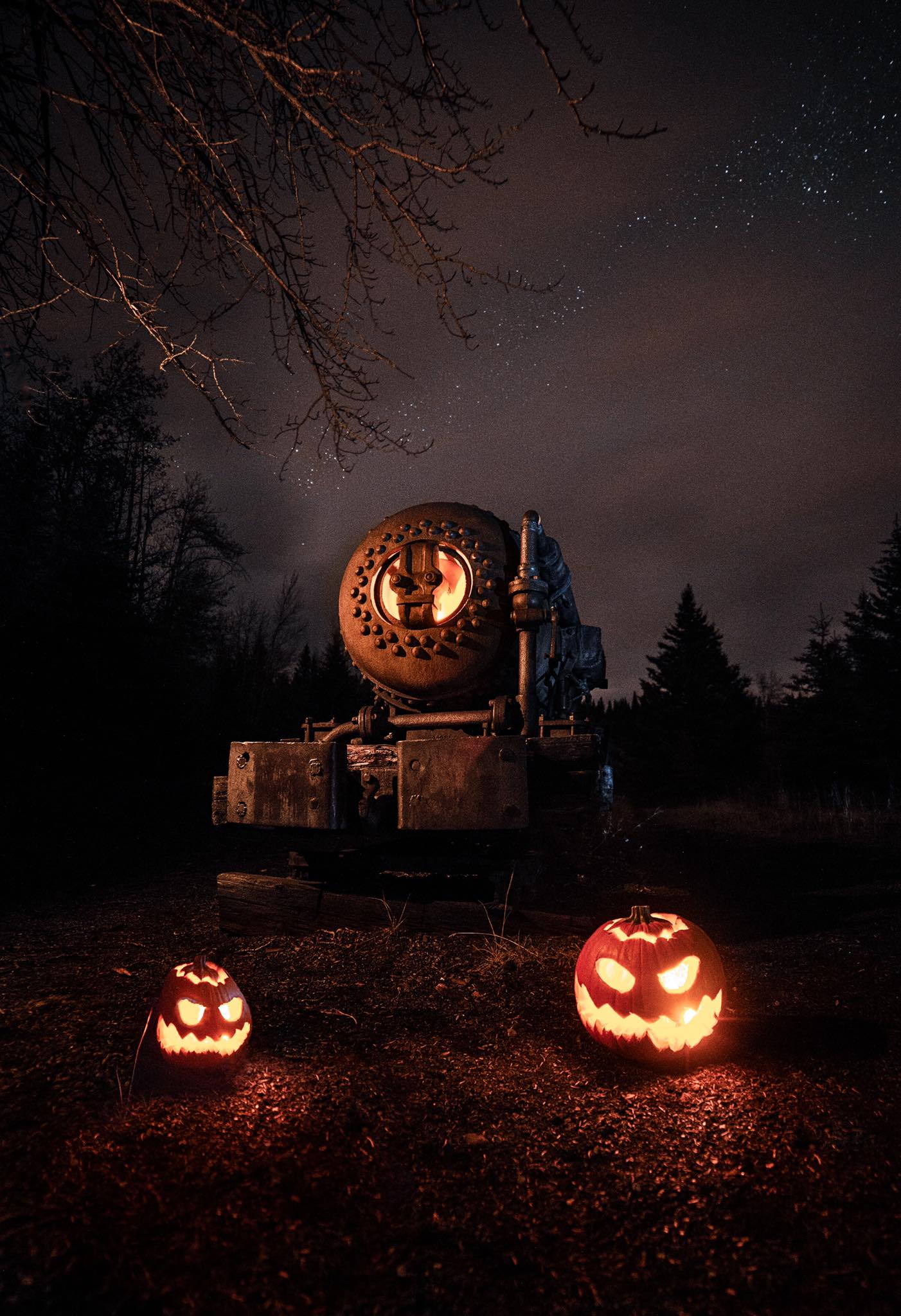 Happy Halloween, ghosts and ghouls! I don’t know about all of you, but my two FAVOURITE holidays are Halloween and Christmas. It’s funny, when I was younger, I hated anything ‘scary’. Ghost stories, scary movies, anything that was out of the ordinary scared me. As I have gotten older, I have embraced the things that seem ‘scary’ and take moments to recognize why it is scary to me, and what I can do to change that feeling.

To create this image Bryan and I headed down to Bankhead, Banff’s old mining town near Minnewanka, to spend the night creating a spooky Halloween themed image. I must admit, my mind and heart raced in two different directions while we explored the first house, which is locked to outside visitors. What could be inside; Who could be inside; Who were they; Will I see them; were just some of the questions which were running rampant in my mind as Bryan pointed out how creepy the house was.

We moved on toward our destination and passed the other ruins in the area until we reached the spot we had been looking for: the Ghost Train. We had been carrying the pumpkins with us the entire time and were thankful to finally be able to set them down. Bryan had brought candles, and I had brought battery-powered flickering candles. We used just one pumpkin for the shots, as the other was collapsing quickly, and used the light from that pumpkin to light the front of the train. Something was still off, and we decided to use candles as fill lighting on the sides of the train to add a spooky blue hue. We also had an LED light on at its lightest setting and found the right balance for what we were looking to create.

I hope you like the final result, and I urge you to check out Bryan’s take on this image!