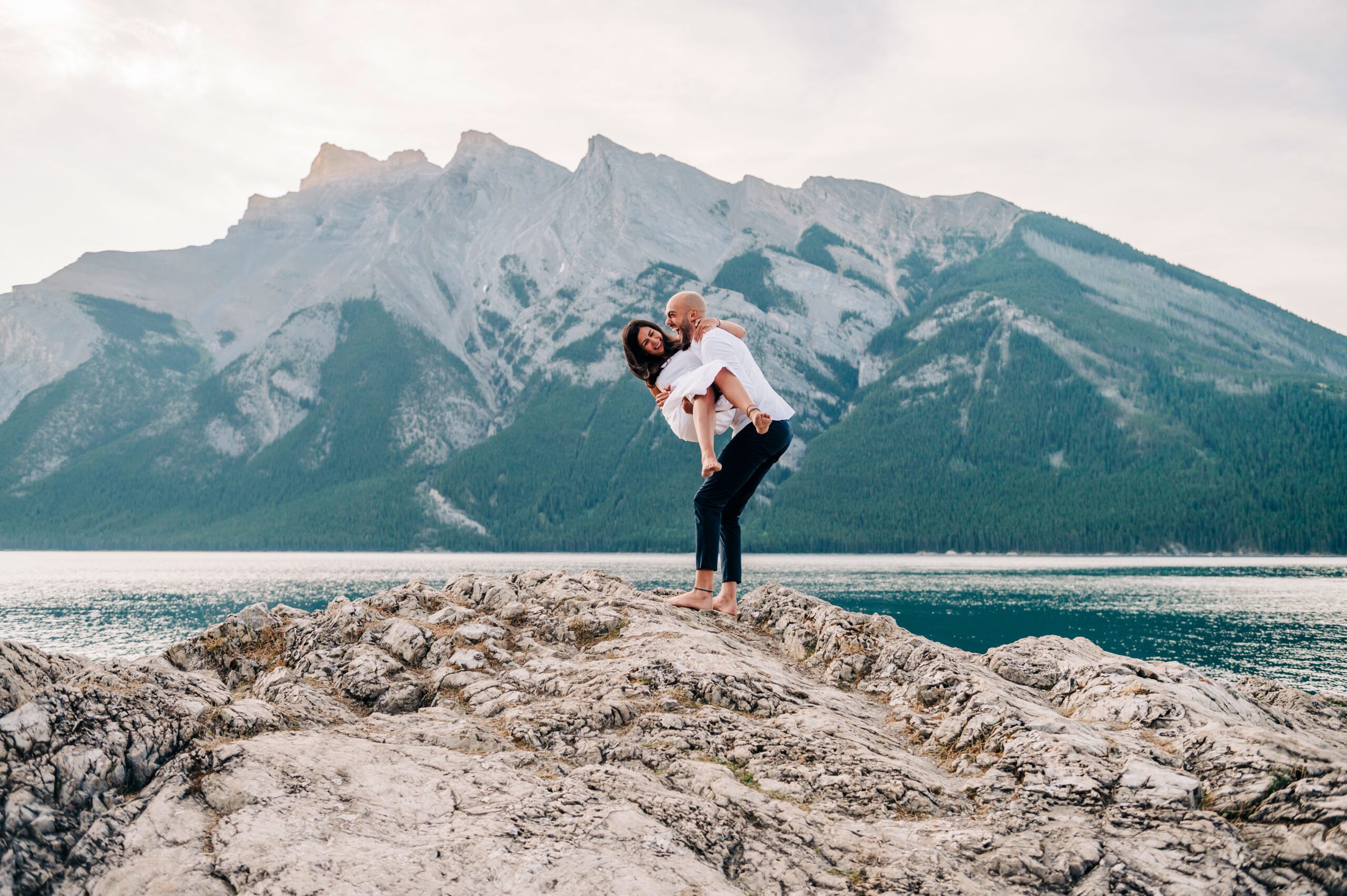 This Lake Minnewanka engagement session in Banff National Park was so much fun!! There are so many wonderful things I could say about Marianne and Talal, but the most prominent theme to the morning together was their love for one another. It was obvious how much these two meant to one another, and their lust for life and laughter were contagious.

We met at Lake Minnewanka in the early hours of the morning to catch sunrise over the lake and take advantage of the soft morning light. Marianne, Talal and their cute pup Rio, spent the morning frolicking along the shoreline of Lake Minnewanka without another soul in sight. Rio was absolutely adorable, and played a cameo role in some of their photos. Marianne and Tal are set for a wedding abroad with their family and friends. They felt that their trip to Banff should commemorate their engagement, and Lake Minnewanka was the perfect backdrop.

This was the perfect August morning for Marianne and Talal’s Lake Minnewanka engagement session in Banff National Park.

I wish these two love birds nothing but the best in their future together as Mr and Mrs!

If you are looking to visit Banff National Park and would like to invest in an engagement or elopement session with the beautiful Canadian Rockies as your backdrop, please do not hesitate to get in touch with me!